From 1 July 2019 to 30 June 2021, we’re running a pilot where we’ll offer experienced riders $100 cashback on their annual motorcycle registration.

Motorcyclists have overwhelmingly told us they want to be rewarded for safer riding.

So we're offering motorcyclists $100 cashback on their regos in exchange for completing advanced coaching courses.

Around 20,000 riders have completed one of our courses and are 27% less likely to have an ACC claim from a crash.

Motorcyclists make up 3% of the total motor vehicles on the road. Yet in 2018 they made up 20% of the cost of road crashes – we had 7,000 active claims for motorcyclists with a total cost of $102 million. One reason for this is due to the lack of protection motorcyclists have compared to other vehicles, making riders 21 times more likely to be killed or severely injured in a crash.

Our coaching courses reduce the likelihood of riders having a crash, so we want to incentivise as many riders as possible into them through the cashback offer.

Top three questions we get asked by motorcyclists

It was through conversations with motorcyclists that we developed the cashback offer. During these discussions, we are often asked the same questions.

We've answered the top three questions from motorcyclists about who's at fault, whether experience counts and how motorcycle levies are spent.

1. "Car drivers cause most motorcycle crashes, so why do we get the blame?"

Regardless of who's to blame, motorcycling is inherently riskier, so riders often come off worse. In total, the calculated cost for injuries resulting from motorcycle crashes alone is $51 million. When other vehicles were involved, the cost is $78 million. This means 40% of the cost of motorcycle accidents come from single vehicle crashes.

The best way to combat this is to wear all the gear all the time, and keep your skills fresh so you can get yourself out of a tricky situation whether it involves another vehicle or not.

2. "I've been riding for 40 years and never had a crash. Surely that makes me a safe rider?"

You may be, but what we’re seeing is more older riders on the road, riding more often, which puts them at greater risk of being involved in a crash.

Since the year 2000, the average age of motorcyclists has gone up and the percentage of injured riders aged above 40 has risen from 26% to 45%.

Additionally, the kilometres travelled by motorcyclists has gone up – they’re riding more and are likely riding in rural areas at speed.

In fact, open road riders are involved in nearly three-quarters of fatal motorcycle crashes. The biggest motorcycle crash type involves the rider losing control on a bend or curve, and sustaining more severe injuries because they’re riding in higher-speed zones.

We also know that doing a Ride Forever course means that motorcyclists are 27% less likely to have an ACC claim. No matter how many years you’ve been riding, refreshing your skills is a great investment in yourself.

To date, around
20,000
riders have completed at least one Ride Forever course.

Levies are set based on the level of risk involved, combined with the medical and rehabilitation costs of injuries. Serious injuries can cost more than $20 million over a person’s lifetime.

The calculated cost of motorcycle injuries is $129 million a year. Motorcyclists pay $34 million through their rego and fuel, while other motor vehicle owners contribute $95 million toward the total bill.

Currently the levy on motorcycles is $397, but if motorcyclists were to pay the true cost to cover all motorcycle injuries, then their levy would be up to $1,746 per year.

One of these initiatives is the Ride Forever on-road coaching programme, which helps riders access skills courses by providing a subsidy of $249 for every course.

We’ve listened to motorcyclists’ feedback and introduced the cashback offer to riders who actively improve their riding skills by completing a Ride Forever course.

Register for a course on the Ride Forever website. 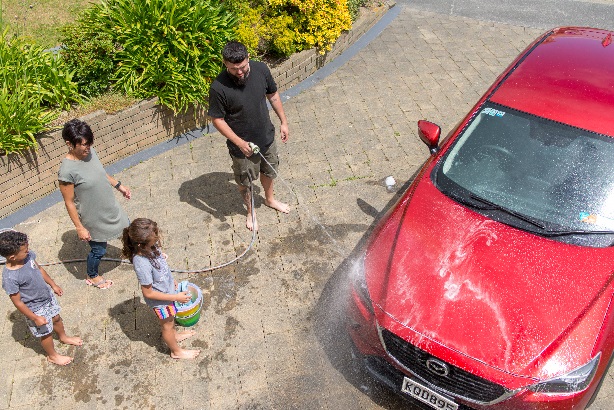 Levies
Vehicle Risk Rating (VRR) removed from ACC motor vehicle levy
Car drivers will see a change in the ACC levy of their rego from 1 July 2019, as the vehicle risk rating is removed.
2 minute read