Finding the meaning of Matariki

Lee Taniwha reflects on his journey with a spinal cord impairment and how he wants to support ACC’s goal to improve access and support for Māori across Aotearoa.

Matariki is a special occasion in the New Zealand calendar which marks the start of the Māori New Year.

In 2022, for the first time, Matariki will be celebrated with a public holiday.

It is signified by the Matariki cluster of stars reappearing in the night sky. It marks a time to reflect on the past year, celebrate the present, and plan for the year ahead.

For Lee, it is more than that.

The 28-year-old from Ōtara became a tetraplegic when he was 13 years old. He jumped into his cousin’s pool, misjudged the depth and broke his neck. He was lucky to survive.

“I remember looking at my cousin in total panic,” he says.  “I was counting the seconds I had left. I was sure that was it, that I was going to die. I was hanging on until my last breath.”

During his recovery Lee wanted to learn more about his Māori culture. He says connecting with tikanga Māori played a key role in his recovery.

“I’ve been raised in New Zealand, I think in English because that’s my language but I needed to think in Māori.”

The change had a positive impact and now he looks at his disability with more gratitude.

“Many old Māori stories tell of people who were maimed or disabled, most of them were creators of big change,” he says.

“The way Māori view being disabled is tapu (sacred) and Matariki is a good example. Matariki is named after Tāwhirimātea, a blind god.”

Māori legend says that Tāwhirimātea, the blind god of winds, flung his broken eyes into the heavens in a fit of grief.

“Having a blind god is the reason for Māori New Year. That was a big eye opener for me – a different perspective to how I should see myself. I can create big change.” The organisation wanted people inside the unit to talk to patients about their journey and support them. Lee was always at the gym working out and talking to people, so he was a natural fit.

“It’s a huge privilege for me,” he says. “You are meeting people at a life changing moment. It’s good just to be able to listen and make a difference. I try to help them find hope again.”

During his recovery Lee says the staff at the Auckland Spinal Rehabilitation Unit (ASRU) knew what he was going through. They also delivered some tough love.

“When I was in rehab, it was a crack up time. They would say to me loudly ‘You don’t belong in nappies. That is not what you are here for’,” he says with a laugh.

“I know I could’ve died that day, so I want to dedicate myself to helping others. When you have a bad accident, life will be hard, you can’t get around that, but you can still have a great life, just keep fighting.”

“
The way Māori view being disabled is tapu (sacred), and Matariki is a good example.
”
- Lee Taniwha Making a difference for Māori

Lee has seen the good work ACC is doing first-hand both as a client and as a provider.

“The support of ACC has made a huge difference to my life. Everything that I got in my rehab was provided by them and they gave me a chance to start my life again.

”Every part has been covered and it’s been a massive support. They didn’t try to cut anything. The most important thing was my rehabilitation.”

"They were constantly checking that I was OK and I had what I needed."

At the early stages of his injury, Lee couldn’t use his arms so ACC provided him with a computer. This was a huge help at school.

And that association has continued in his work for Spinal Support NZ. Last year Lee was invited by ACC to a meeting on managing Pressure Injuries.

They wanted a Māori perspective to understand how they could improve access.

“Having the opportunity to speak to how ACC can improve has been hugely beneficial and it’s nice to see them reach out, hear the Māori perspective and show they really care.”

He believes it is clear ACC are trying to make a difference.

“The time I have had with them has shifted my perspective. It was clear they listened, and they care. It’s an amazing system and we need to ensure everyone gets the help and support they need.” A fair and equitable health system

Being part of a fair and equitable health system is something that Lee is passionate about.

He knows that not all Māori have had his experience.

ACC acknowledges that not all New Zealanders have been accessing ACC's services equally.  This is something that we are committed to changing.

Our data shows Māori are 2.5 times more likely to experience a serious injury, but 25 percent less likely to make an ACC claim.

There are a number of barriers for Māori accessing ACC support.

There are lower levels of understanding of the types of support that ACC can provide.

There are also perceptions that also stop people seeking help. Some people don’t believe their injury is serious enough. Some can’t afford to have time off work as the sole breadwinner. Others believe there are treatment costs that they cannot afford. Some have had previous poor experiences of healthcare.

There are also a number of significant challenges in reaching Māori audiences. “Everyone in Aotearoa is covered by ACC if they’re injured, whether they’re working, unemployed or retired,” says Michelle Murray, ACC’s Tumu Pae Ora.

“But significant barriers mean that not all New Zealanders have equal access to ACC’s services.  Māori are 25 percent less likely to make an ACC claim.

“This inequitable situation doesn’t sit right with ACC, and we are committed to changing it.

“We acknowledge this inequity.  We have set the stage for increased trust and meaningful change – a new chapter in ACC’s relationship with Māori that has already begun.” 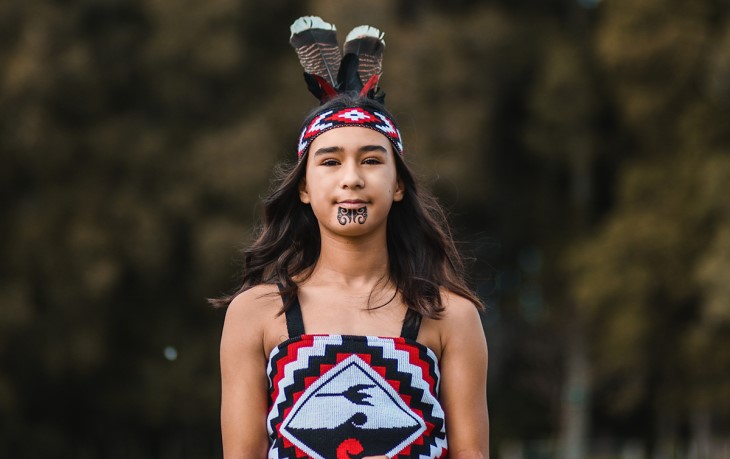 Youth, Our clients
Harper's story: How a back bend changed a child's life
When she was seven, Harper damaged her spine. Five years later she’s already ticking off her life goals, as she aims to become an inspirational ambassador.
5 minute read