Hamish's story: How a film crew set an example for workplace safety 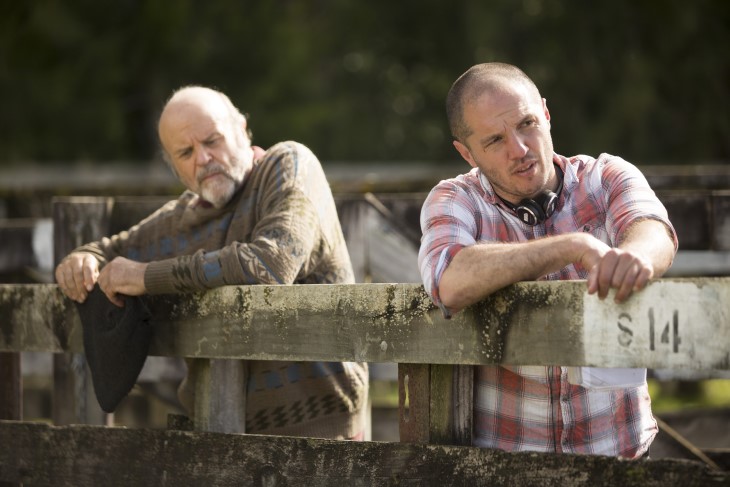 While shooting a critically-acclaimed film on an Aotearoa farm, director Hamish Bennett prioritised safety in ways that every workplace can use.

Up until now, Hamish Bennett has been a full-time primary school teacher and a part-time filmmaker.

His debut feature film Bellbird achieved great success both here and around the world. The Northlander has reversed course, shifting into full-time filmmaking and part-time teaching.

The Waterlea Primary School teacher said the success of Bellbird exceeded his expectations.

“We set out to make a film that my whānau and friends would be proud of,” says the 43-year-old.

“If they were into it then I was going to be happy. I probably kept my expectations quite contained as a protective mechanism. But what eventuated with Bellbird, seeing how well it was received by people, was a really rewarding experience.”

Making his mark around the world

Hamish says even a couple of years after the film’s release, he receives messages from people who’ve connected in some way with the story.

“You finish a film and you put it out there, but the thing with movies is they’ll always be around. They’ve got longevity, and with a bit of luck they’re going to continue to find new audiences. Given we’re proud of our film, that is a pretty lovely thought.”

Bellbird was showcased at film festivals all around the world. It won the Best Screenplay award at the Macao International Film Festival.

After the success of his first feature film, COVID-19 hit and stalled any plans for his second feature.

“It has been interesting,” he says. “I’m really keen to find some time to get into what I hope will be my second feature film. It’s currently set in the Pacific Islands, so with Covid that has obviously slowed the progress a wee bit for us.

“Hopefully in the near future we’ll be able to get over safely though and start gathering all those experiences and story material that you can only get from spending time in a place.”

He believes one of the luckiest things was the film was set over a year. This meant they broke filming up into three blocks – summer, autumn and winter, to be able to cover the different seasons.

“The real benefit of that was it enabled me to step back from the shoot for a period of time, look at the footage and review where we were at." “
In many ways it was like we were shooting three short films and then combining them all.
”
- Hamish Bennett

Prioritising safety in the unknown

That made it easier from a safety point of view as well. Hamish says safety was a primary concern throughout the filming of Bellbird.

He says first and foremost for safety it is recognising the environment you are in.  As the director he leaned heavily on the people who have the most expertise in that environment.

“I grew up in that world but I am not a farmer. Our main source of knowledge in that regard were the farmers on the set,” he says. The farm they filmed on was a working farm, and the farmers who own it are family friends of the Bennetts.

“It was really important to me that any of the procedures or protocols that we followed were cleared with them first.

“We were visitors to their world and from a health and safety point of view we took all of our cues from them.  They were the people who knew what they were talking about.”

Hamish says because they shot the film over three blocks, they had new people coming and going. Those people quickly picked up the requirements of the site.

“I remember a couple of crew members turned up on their first day and, although it was unintentional, they were almost treating the farm like it was our very own film set,” he says.

“They were really quickly told by established members of the crew that this is a working farm, not a film set, and that respect and care needs to be there at all times. And obviously they understood that and quickly adapted!” Hamish is proud to say there were no accidents during the filming of Bellbird.  One of the things they outlined early on was that if there was heavy machinery being used, they used the experts. “Which in this case was the locals,” he says.

“Most people think they’d be sweet riding a quad bike, but as much as it might have been fun, we just had to ensure that everyone was protected and that the risk was minimised where possible.”

Setting an example for all workplaces

Virginia Burton-Konia is the Manager of Workplace Safety at ACC. She commended Hamish’s approach during the filming of Bellbird.

In many ways the film set is akin to a building site with the large number of people and activity, and the presence of stunt activity only elevates the risk.

“We know that the film and TV industry is dynamic and has lots of moving parts and chances for things to go wrong, so it is important to slow down and reduce the risk of injury,” she says. “It’s also important to have a well-planned and organised site – the latter is the best indicator of producing good safety outcomes.

“The way Bellbird was filmed and managed is a great example.”

These claims cost more than $4 billion annually. These injuries have a substantial impact on the wellbeing of New Zealanders.

Earlier this year, ACC launched an Injury Prevention campaign called Preventable. It lays down a wero (challenge) to all New Zealanders to take a moment to assess the risks at home, work and play.

By taking a moment to prevent injury, they can keep doing the things they love and keep from harming others around them.

Virginia Burton-Konia says Preventable aims to decrease the number of injuries and reduce the severity of injuries.

“
Other countries don’t have that same luxury and it is very important that we have ACC.
”
- Hamish Bennett

“We are challenging all New Zealanders to have a Hmmm,” she says. “It’s important to take a moment to think about what they are about to do and think about what could go wrong to prevent injury.”

From a filming point of view Hamish says it’s “brilliant” having the support of ACC in New Zealand. It’s great to be covered for any injuries if they do happen.

“It’s security. You can put procedures in place to limit and prevent accidents from happening, but accidents do happen. So having that knowledge and insurance that all of the crew will be covered is vital for filming."

The director is sure the cover for injuries from accidents incentivises filmmakers to shoot in Aotearoa.

“I can’t imagine what it would be like to live or work in countries without these safeguards in place, where only people with money or health insurance can get healthcare. It’s a horrendous thought. That is obviously not the case in New Zealand and I am so grateful for that.” What is Bellbird about?

“Bellbird is set over a year on a tiny dairy farm in rural Northland. Essentially it is about a farmer and his son battling to come to terms with the sudden loss of their much-loved wife and mother. On the outside looking in that might sound really grim but ultimately it’s a really hopeful story. It has a good sense of humour and it is very much grounded in community and relationships, and they are things that are very important to me.”