One myth about sport every parent should know

You might think choosing one sport early in life leads to sporting success. But research and experience suggests the opposite.

Video transcription for one myth about sport that parents should know

Nehe Milner-Skudder first pulled on the black jersey in 2015 at the age of 24. That year, his All Blacks squad won the Rugby World Cup and he was named by The Guardian as one of the players of the tournament.

But how did he get to the elite level? You’d assume his talent for rugby was spotted at a young age, and nurtured with a singular focus and punishing training schedule. Right?

Wrong. Global evidence and research – and Nehe Milner-Skudder’s own experience – suggests the opposite.

For several years, national sports body Sport NZ has been challenging the myth that specialising in a single sport at a very young age leads to greater sporting success.

This position was backed earlier this year by the Australasian College of Sport and Exercise Physicians.

In fact, playing a range of sports from an early age and not overtraining is likely to be bigger determinants of sporting success, and lead to a lifelong love of being active.

Milner-Skudder himself didn’t start playing professionally until he was 22. As a kid, he sampled a variety of sports. Rugby (union, touch, and league), basketball, hockey, cricket and even tennis was on the menu.

It wasn’t until he left high school that he turned his focus to rugby.

After a short stint in Australia, he eventually progressed to the Hurricanes, then the Māori All Blacks, before becoming the 1,146th All Black.

“
Based on my own experience, you don’t really need to be specialising in a sport at such a young age. You’ve got enough time to try different sports.
”
- Nehe Milner-Skudder, New Zealand rugby player

But in recent years there’s been a growing trend in young people specialising at an earlier age in a single sport.

Combined with this, there are increasing opportunities for children and adolescents to engage in greater volumes of structured sports training and competition. This exposes them to high-intensity training from an earlier age. 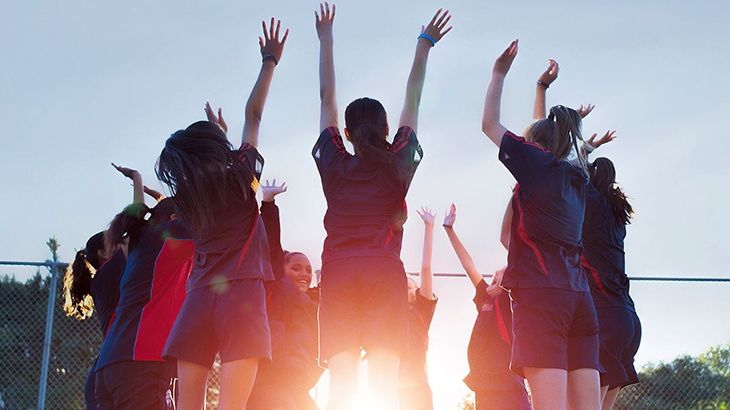 The major societal driver of this is the belief that it leads to increased sporting success.

"As adults, we tend to get kids to focus on one sport. We think a lot of focus on one sport will lead them to be a future world champion. But a lot of the information we have demonstrates that in most situations, that’s not the case," says Alex Chiet of Sport NZ.

Chiet is the Talent Development Manager at Sport NZ, which is New Zealand's governing entity for sport and recreation.

"Top athletes have grown up doing multiple things, and if you focus on too much too soon you pick up a lot of injuries, both physically and mentally.

"You may never realise your full potential."

Are some kids playing too much sport these days?

Since 2008, there’s been a 60% increase in sports-related injuries in kids between the ages of 10 to 14. That is twice as high as the average across all age groups.

“Whether it’s Saturday mornings on the sports field, or skateboarding at the local park, sport and physical activity are a massive part of the Kiwi way of life.

“So is taking risks and learning about consequences. It’s what makes us who we are.

"However, the dramatic increase in youth injuries that we’ve seen means we need to take some time to understand more about the factors contributing to this trend,” says Hardaker.

60%
increase in sports injuries in kids under 14.

“We can’t pin this spike to just one particular cause,” says Hardaker.

“We’ve got kids at both ends of the spectrum. Some kids are not doing enough sport and may be injuring themselves when they do play because of a lack of conditioning. Then there are some kids engaging in higher levels of structured sport and training, and not getting enough rest.

“Both scenarios may be contributing factors for injury.”

Hardaker says ACC will continue working with partners to research and understand more about the way kids are engaging in sport.

“The need to get Kiwi kids more active, and the importance of warming up, are well documented. There are initiatives in place to tackle those issues.

“But the risks of specialising too early, and overloading underdeveloped bodies are less well known. We want to change that.”

“I’m finding myself increasingly surprised at how much some our young people are doing in one given sport,” says Dr Dan Exeter, Sport and Exercise Physician.

Exeter is the Medical Director for Athletics NZ. He chaired and was the lead author for, a recently published position statement on early specialisation by the Australasian College of Sport and Exercise Physicians (ACSEP).

The statement reports that aside from rhythmic gymnastics, there is no evidence that early specialisation is beneficial in achieving elite sports status in adulthood.

“
Aside from rhythmic gymnastics, there is no evidence that early specialisation is beneficial in achieving elite sports status in adulthood.
”
- ACSEP

A lack of physical activity is still the major problem, according to Exeter. However, it’s becoming evident through examining worldwide research that there are kids on the other side of the spectrum who are doing too much, particularly in one given sport.

Early specialisation, he says, can come with an increased risk of overuse injury.

One example was a 9-year-old dancer. The girl was doing around 14 hours a week in formal dance training. But on top of that, even her informal play was dance-based.

She went to see Exeter with a stress fracture in her foot. She’d been dancing while injured on it for around four weeks.

We need to get kids doing enough – that’s the big picture at a population level for New Zealand, says Exeter.

But he also says we must recognise that kids doing too much sport, particularly focusing on one at an early age, can cause harm.

“It really is about finding that sweet spot. We have to get kids into that spot and not push them out the other side.” Hardaker says a focus on one sport means repetitive movements – and lots of them.

"Kids specialising in one sport are missing out on developing a wide range of physical skills that can potentially help build a more resilient body."

"We know from a growing body of research that when you diversify your sports and experiences at a young age, you can still achieve athletic success if that is the goal.

"A more diverse approach can mean fewer overuse injuries, less chance of burnout, and a higher chance of staying in that sport for life."

Children and teens are still developing. They are more vulnerable to the stresses caused by too much sport and training, which means they are more at risk of injury and long-term damage.

“
We only get one chance to go through puberty, and too much high intensity training can impact on that.
”
- Nat Hardaker, Sports Injury Prevention specialist, ACC

"A lot of kids are in love with these sports, and suddenly no longer want to play because they don't make the top team at an early age, or worse, there is nowhere for them to play as opportunities are only offered to the so-called talented kids," says Chiet.

The best approach, Chiet says, is for young people to try different sports so they build transferable skills, and keep their minds fresh.

“What’s of more benefit is kids growing up playing a variety of sports, trying different things, and are under different instruction from different coaches.”

“
At under-14 level it's needle in a haystack stuff when it comes to picking future elite adult performers.
”
- Alex Chiet, Sport NZ

Ex-Super Rugby star Ross Kennedy, now a strength and conditioning coach at Rangi Ruru Girls’ School, says that in an ideal world young people would play multiple sports until at least the age of 14 to 15.

“I think the more sporting experiences a young person can have, the more well-rounded they’ll become, the more balanced their bodies will be, and the more they’ll love all sports.

“As a strength and conditioning coach of young people, I do see the strain that repetitive movements can have on their bodies.

“Another issue to avoid at all costs is fatigue and burnout. I think we can all remember and appreciate that it’s hard enough as it is being a teenager.” The psychological effects of specialising too early

“It’s not just necessarily that someone has specialised in one sport to the exclusion of other sports, it’s that they’ve also excluded other things like spending time with their peers and focusing on their academics.

“If they get to the high-performance setting, they don’t have a lot of balance in their life.”

These athletes are also often ambivalent towards their sport. Some athletes won't even enjoy their sport – it will just be something they've always done, says Hogg.

“
If they’re injured or if they don’t perform well, then they see that as them being a bad person, rather than just not a good day in their sport.
”
- Dr Natalie Hogg, sport psychologist

Advice from those who’ve been there before

Milner-Skudder believes there is a lot of benefit in sporting variety.

"A lot of the skillsets actually cross over and help develop your game a lot better. For example, the movement they use for a lay-up in a basketball game is the same as going up for a high ball.

"By being open to that and developing [skills] from a young age, I think that will hold you in good stead."

Kids these days have 'massive expectations around them to be the next All Black’' Milner-Skudder says. He never felt that pressure, but says he’s seen it with some of his friends.

"You can see it take that toll on them by almost losing that love, passion or the real reason they play the game in the first instance."

He says kids need the opportunity to explore different sports and find out what works for them.

"Allow kids to experiment – when do you really know what you want to do and what you’re passionate about?"

And remind yourself why the kids are playing in the first place: it’s for their enjoyment and fun.

"As adults – people showing support for our young tamariki and rangitahi out there –  that’s what we should be reminding them. And the way we do that is support and positive encouragement."

Fun fact:
All Blacks coaches have worked with the Royal New Zealand Ballet to see how they move to apply it to line-out lifting.

Here’s where you come in

The bottom line is that we want Kiwi kids to be active. Whether that’s play or organised sport, getting up and about should be an absolute priority.

On the other end of the spectrum is early sports specialisation and overloading. We’ve written a specific article with takeaway tips to ensure your kids aren’t doing too much, too soon:

There's really no one secret to becoming an All Black. But take a page out of Nehe Milner-Skudder’s book and offer your child as many diverse sporting experiences as you can. That way, they’ll be well-rounded enough – physically and mentally – to have a lifelong love of sports.

Media releases, Sport, Youth
Significant surge in Kiwi kids side-lined by sports injuries
There’s been a massive 60% surge since 2008 in sports-related injuries to kids aged 10 to 14 – double the increase of any other age group.
5 minute read