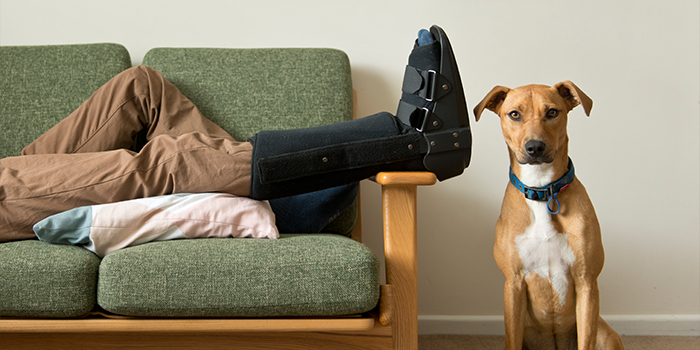 Plans to make it easier for you to access our services

We’re proposing changes to make it easier for New Zealanders to access the services they need.

We’re proposing to introduce changes to make it quicker and easier for New Zealanders to access the services they need, in a way that suits them best.

This will be the biggest change to ACC client services in more than 20 years. The new way of working will help improve the way we support clients, giving you access to online self-service options. The service will be tailored to you, your needs, and your injury.

This new model could result in changes to the way ACC employees work and we’ll be consulting with employees on the structure and roles of this new model.

Our people are our greatest asset, so it’s important to us they have a say in shaping the future of the new model.

Mike Tully, chief operating officer, says: “The first step towards this new approach is talking to our people about the sorts of roles they think will be needed to ensure the proposed approach is as successful as possible. We have started those conversations this week.

“The new model would change the way we work, and change the mix of work undertaken at some of our sites and branches. We will be formally consulting with our people early next year on structure and roles. We're  not proposing to close any branches.”

The new service model has been trialled for the last year in Hamilton and more recently Hawke’s Bay. Satisfaction levels for clients in the trial were significantly higher than usual.

One of those clients was Brent McArthur from Hastings.

Brent was at work at a plastics engineering firm. He said it was a pretty typical day, where he was trimming a piece of plastic. The tip of his glove got caught in the machine, pulling his finger into the saw. He didn’t even realise he had injured himself.

“It happened so quick. You never think it is going to happen to you, but it was just the luck of the draw.”

His injury claim was supported via the new ACC model. He says his experience was vastly different from a previous claim he had several years ago.

Rather than waiting days for a letter arrive in the post, Brent says he got an email confirming that his claim had been accepted and the assistance he was eligible for. This saved time and helped to reduce anxiety around not knowing if he was going to be supported.

“It was all done in one portal. I got paid by ACC quicker than work.”

Reflecting on his previous experience, Brent says: “Having to take forms and see someone and explain your story felt like you were being interrogated when all I wanted to do was get back to work. This time, it was hands-off and was too easy.”

Brent started back at work on light duties and eventually got sign off from his doctor to return to full-time work.

Mike says, “The indications from our pilot are the new model will deliver faster and easier services to clients, but there is a significant way to go to make the model work. The plan is to gradually transition to the new approach over time to minimise any disruptions. Clients who would like face-to-face case management will still be able to do so.”

Last year, we received 1.9 million new claims. In 2019 we’re expecting this to surpass the 2 million mark.

“Increasing claims – expected to top two million next year – and changing injury types from an aging population make these changes even more important,” says Mike.
The new model would give clients more options, and make it faster and easier to access ACC services.

We’ll still have our full range of options for people to get in touch with us – through phone, email, online and in person.

Here's an animated example of how our new service model works.

A faster way of working

The new claim lodgement system, which went live in September, was one of the first efficiencies for our clients where we replaced our paper-based processes. The new system assesses claims as soon as we receive them and, in some cases, approves them immediately. Clients can receive a text message or email letting them know their claim has been approved much faster than previously, where they had to wait for a letter in the post.

“In the first week of operating this new system, we received 33,000 claims. The system was set up to be conservative, but still immediately accepted around 60% of these claims. This meant that all those clients were notified within minutes that their claim was accepted, rather than having to wait up to a week for their acceptance letter to arrive. Previously our staff would have had to manually assess every single claim,” says Mike.

Transformation, Media releases, Our clients
Changes to the way we provide our services
We’re changing the way we work to improve the quality of service we provide. The right support from us means a better recovery for you.
8 minute read
Share