There’s been a massive 60% surge since 2008 in sports-related injuries to kids aged 10 to 14 – double the increase of any other age group.

ACC is promoting a balance of sporting activity and a weekly training guideline of ‘one hour for every year’ as the best way for young kids to avoid being sidelined by injury.

Isaac Carlson, ACC’s Head of Injury Prevention, says there’s been a massive 60% surge since 2008 in sports-related injuries to kids aged 10 to 14 – double the increase of any other age group.

“There’s a number of reasons for the spike in injuries, but a growing concern is that too much sport can be just as harmful for kids as not getting enough exercise. We’re encouraging parents to use the one hour for every year guideline, where the amount of organised sport per week – both training and competition – should not exceed their child’s age.

“That means a 10-year-old should avoid doing more than 10 hours of organised sport per week, across all their sports and PE. At least one hour a day of moderate to vigorous exercise is beneficial - either play or organised sport.” says Isaac Carlson.

“We’re finding young kids are increasingly in one of two camps: those not doing enough exercise who put themselves at risk of injury because they aren’t conditioned for activity; and, in growing numbers, those that are engaging in higher levels of sport and training and aren’t getting enough of a break.

“More structured sports training and competition mean kids are being exposed to higher-intensity, higher-volume training from an earlier age, which can increase the risk of repetitive overuse and fatigue-related injuries.

“Too much high-intensity training reduces the energy available for growth and development.  This can affect not only peak bone mass and the onset of puberty but a number of other important body systems which can have lifelong consequences for injury and physical and mental illness,” says Isaac Carlson.

There’s also a global trend towards young people specialising at an earlier age in a single sport, which according to the Australasian College of Sport and Exercise Physicians (ACSEP), is contributing to early burnout, loss of motivation and potential mental health issues in later life.

Dr Dan Exeter, Sport and Exercise Physician and Medical Director for Athletics New Zealand, says one of the drivers behind this is the belief that early specialisation in one sport, leads to an increased chance of sporting success later in life.

“Coaches and parents believe they are doing the right thing; however, there is no evidence to support. On the contrary, a growing body of evidence suggests that athletes who maintain a broader sporting base before they specialise are more likely to be successful in their chosen sport, as well as maintain a lifelong love of sport.”

The ACSEP position statement recommends that kids should not specialise in a single sport until at least the age of 12 years.

It also reaffirms the stance taken by Sport NZ three years ago through the launch of its Talent Plan.

"Too many adults think kids should focus on one sport - that early specialisation and early success will set kids up to be great athletes in the years to come. In reality, that's very rarely the case. Most top athletes have grown up playing multiple sports and many delayed specialisation until well into their teens or even longer." says Alex Chiet, National Sport Development Consultant at Sport NZ.

"Through our work with sports, we are seeing increasing recognition of this and other ways in which too much pressure is being applied too early. We need to keep young athletes enjoying their sport, developing their skills and staying healthy. Without those things, they'll never realise their full potential."

“Physical activity is a massive part of the Kiwi way of life. So is taking risks and learning about consequences. Parents, coaches, and all those involved in kids’ sports can help shift the focus from “too much, too early”.  This will encourage kids to grow a love of sport, without turning them off from exercise, side-lining them with injuries or potentially breaking them in the process.” says Isaac Carlson.

Media releases, Sport, Youth
Significant surge in Kiwi kids side-lined by sports injuries
There’s been a massive 60% surge since 2008 in sports-related injuries to kids aged 10 to 14 – double the increase of any other age group.
5 minute read 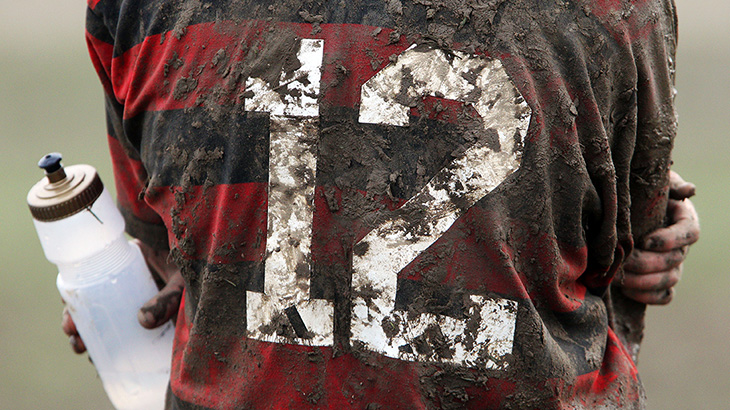