Three years of e-scooters: the true cost of convenience In 2018 e-scooters hit our shores, but how did New Zealanders really get on with this new mode of transport?

It’s not a tale as old as time, but it’s a two-sided story that countless New Zealanders know so well.

It was simple enough for anyone to love: download the app, find the nearest e-scooter and scan it to start cruising around the city.

Never had there been such a brilliant alternative to walking across town, or just spending a few hours having fun.

However, not everyone tells such happy tales of the e-scooter's arrival three years ago. 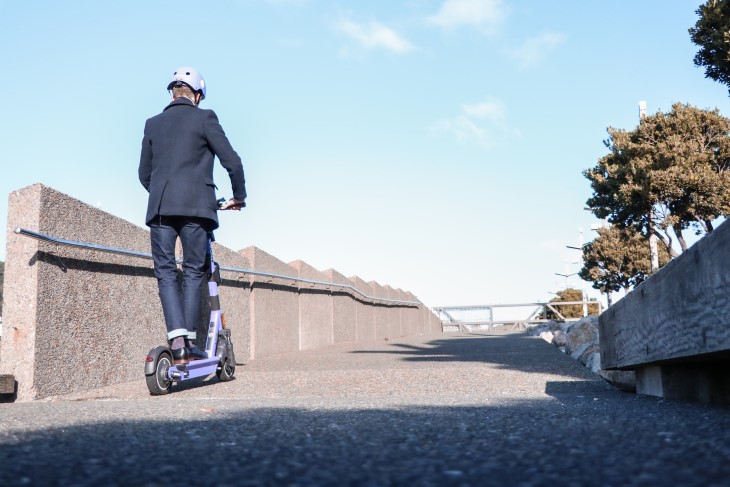 Not all tales of e-scooters are happy ones. A quick Google search will bring up stories of people stepping onto the street and narrowly avoiding being run-down by a careless rider. Some almost crashed into an e-scooter that suddenly appeared in the path of their car.

Some saw riders head into a busy footpath at full-speed, without any concern for pedestrians. These were some of the stories that made headlines and entered courtrooms.

Since they cruised their way into our lives, e-scooters have been a divisive topic in our biggest centres. Many believe they have caused more harm than good.

As we approach the third anniversary of the e-scooter revolution, there are calls for e-scooter riders to require their own ACC levies.

In light of this, we thought it was worth looking into the statistics to settle it once and for all: are they a public menace, or just some harmless fun?

Do you think e-scooters are good for New Zealand streets? Just like all forms of transport, we have helped New Zealanders recover from a vast number and range of injuries related to e-scooters.

In the three years they have been rentable, our claim data has given us five key takeaways to share with riders (and their critics):

When e-scooters appeared in late 2018, providers of the scooters dropped them into high-density urban areas where they would be well-used.

Because of this targeting, our injury data resulted in 75% of e-scooter-related claims being in Auckland, Wellington and Canterbury. New Zealand will give it a go

When they first hit the streets, many believed they were a trend that would fade.

In some ways, that’s turned out to be true.

Claims spiked in 2019 and have been decreasing ever since. The data shows that New Zealanders jumped and gave it a go, rather than it being a consistent source of claims.

Annual claims have decreased dramatically since then. This is a good indicator that those who are still using e-scooters are scooting more safely.

Age is a factor

The age range with the highest claims is 15-34, with the mid-20s being the costliest when it comes to e-scooter-related injuries.

We get off lightly

e-scooter-related injuries have led to us paying out for a wide range of claims.

We have received claims for cuts and bruising, broken teeth and bones, even concussion and brain injuries.

While there are major injuries in our claim records related to e-scooters, 74% of our claims haven’t been for anything worse than a serious cut or gash.

We have paid out nearly $17M in e-scooter-related injuries in under three years. While that is a large number, the claim data is in a decline.

The average claim cost was

The average claim cost was From the numbers above, it’s not looking good for the e-scooter fans.

While those numbers may be shocking to some, they need a bit of context to bring the story to life.

Let’s take Wellington for example: a compact city with narrow streets, congested footpaths and thousands pouring into the CBD every day.

It’s a battleground for space between pedestrians, e-scooters, cyclists, buses and general traffic.

So where do e-scooters rank among the other common types of transport?

Here are the injury claims we saw for people-powered transport in Wellington for 2019-2020:

In that same time period, cycling injury claims in the Wellington region totalled $19.5M, with Wellington City being the source of $10.9M of that total.

We need to have a hmmm

Initially that doesn’t look like e-scooters are worth worrying about compared to cyclists, but there is more to the story than just numbers:

It's not what we ride, it's how we stay safe when we're riding. Preventing injury to yourself and others when riding an e-scooter is easy by taking some simple safety steps.

Rather than having a competition for which type of transport racks up the largest claims bill from ACC, this is a good opportunity to discuss how riders can take a moment and think about what could go wrong. Whether you own your personal e-scooter or rent one to get around town, it’s important to look after yourself and others you share the footpath with.

"e-scooters are a convenient way to get from point A to B, and if you keep safety in mind then you’ll be more likely to stay T-side up," ACC’s Head of Injury Prevention Isaac Carlson says.

"Be a considerate rider by sharing the space, and ensure you’re putting your safety first by starting slow, and by wearing a helmet."

To keep your wits about you and ensure you’re practicing safe scooting, follow these simple tips: Data, Injury prevention
E-scooters: Wellington city, it’s your turn
This week, rentable e-scooters hit the streets of the capital. What does our injury data say so far? And how can you avoid becoming a statistic?
5 minute read Sport, Injury prevention, Opinion
Changing up a gear: Cycling is the new commuting
Crashing your bike can dent your confidence. But there are things you can do about it. Here's Lisa's story.
4 minute read
Share